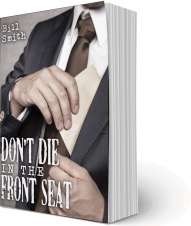 He really didn’t want to get on that bus in the first place.  The conductor on the train that pulled Gerhard’s private railcar told him it was the only way he could get to Frankfurt, now that the railroad strike started.  But there wasn’t any reason for a strike and the bus didn’t just happen along.  It was all created.  Someone wanted Gerhard badly enough to cause the railroad to shut down and get him on that bus.

It all started when a shopkeeper in Bamberg quietly pressed a note into Gerhard’s hand and told him it was important.  He was busy and read it later, amazed to see that it was from the Chancellor of Germany.  The government wanted Gerhard to do something for them and promised a great deal in return, all of which would be explained in due time, by the Chancellor’s Representatives.

Meanwhile he tended to business—helped his friend discover a code scratched into the bulkhead of an old submarine, which they recovered earlier from a Norwegian fjord and were now restoring.   Then there was the huge vat of port in Portugal full of bodies and the wine stains that led Gerhard to the solution of a crime that nearly ruined a good man’s reputation.  In the end it was the persistence of the Chancellor’s Representatives that led Gerhard to the most important post war discovery ever—the long hidden private residence of Adolf Hitler.  But the real shocker was what they found inside.