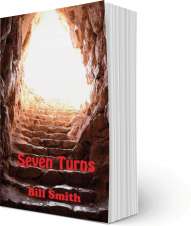 The beauty of Austria’s 12th century Melk Abbey was marred when monks discovered scores of marked and disfigured books in the Great Library. Wilhelm Gerhard was retained to find the cause. With help from his friend Wolf and 100 monks in black habits, they examined every ancient volume, even searched the rock catacombs deep under the 900 year old monastery where the screaming Will-O’-the Wisp lived, and discovered that the marks were a code hidden by soldiers during the Second World War. Readers join Gerhard, and together decipher the code, which revealed a hidden steel box, a set of numbers scratched on slate, which led to the location of a fantastic war time secret—one lost for over 70 years in the Sognefjord, Norway’s longest, deepest, and most beautiful fjord.