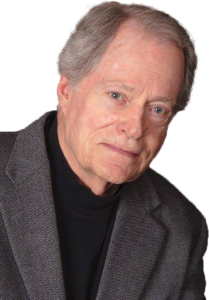 Bill Smith worked his way through undergraduate school firing steam locomotives on the railroad, then paid for graduate school as a dormitory resident advisor. Three years later he was the acting chief of television for a branch of the Air Force in Washington, then acting assistant to the undersecretary of a federal department. He was the founding executive director of a state wide public broadcasting network, a founder of a 17 state public broadcasting system, and the recipient of the George Foster Peabody Award.